The street of Ginza

Tokyo skyline from our room (1)

Tokyo skyline from our room (2)

The Sony Building, I wish to be here since the day of the Betamax! 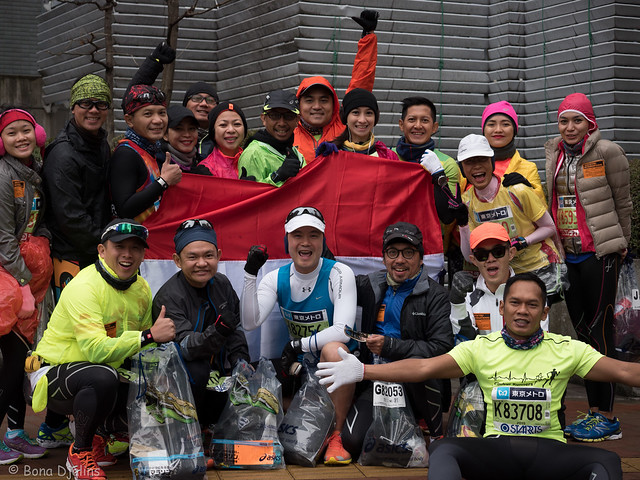 With my fellow countrymen before start 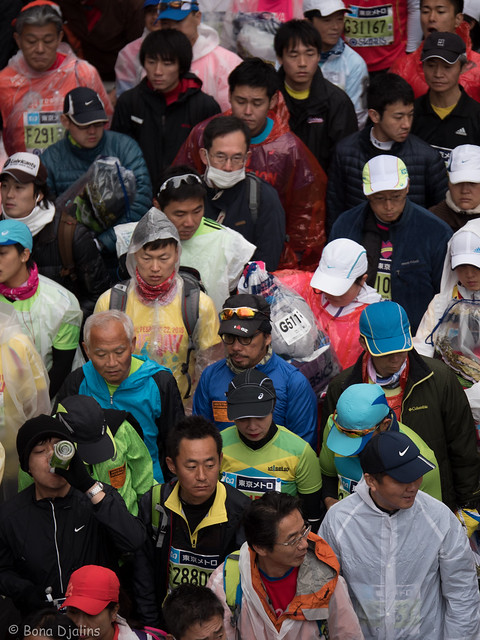 Spot me among the crowd 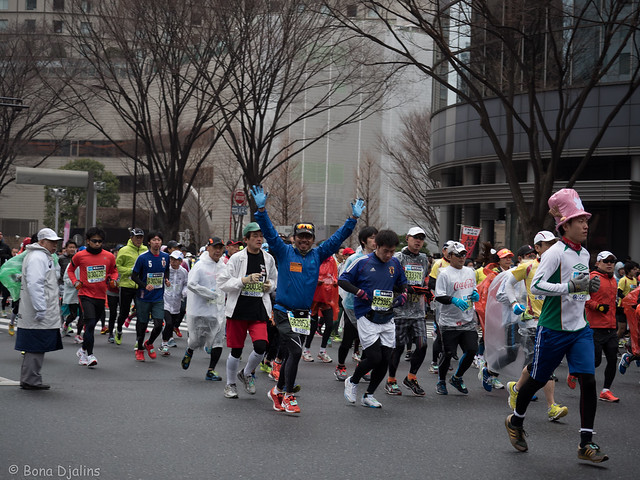 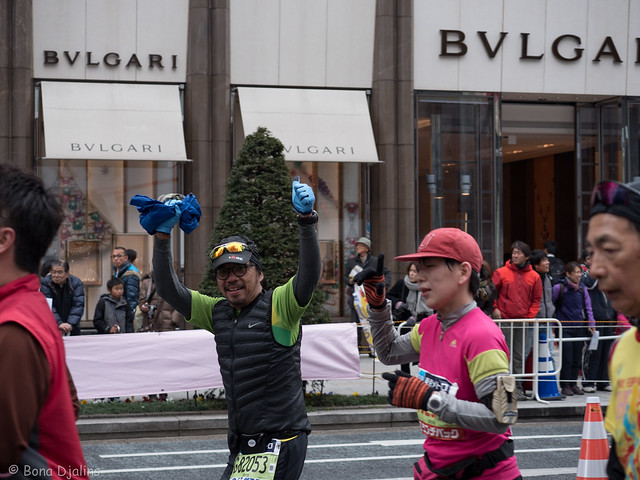 Strike a pose at Tokyo Ginza 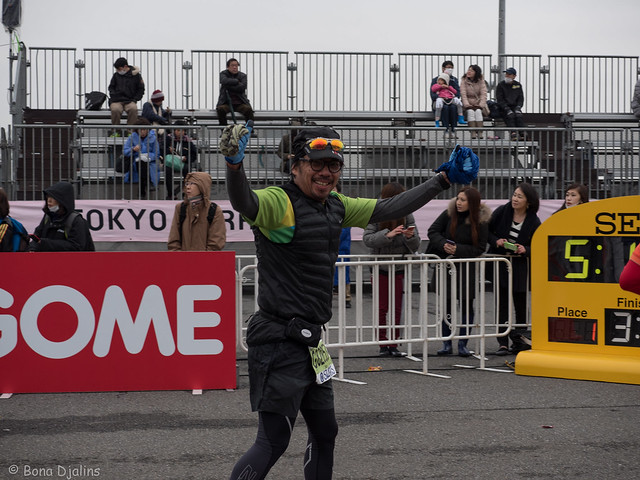 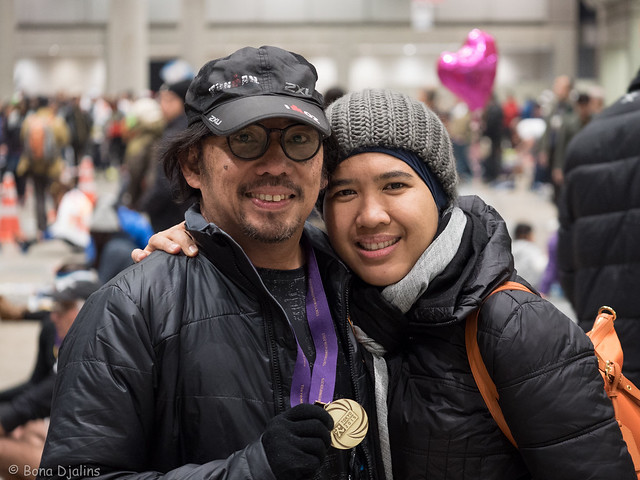 If you must know, there’s my Finisher Report.. 🙂

Engine or no engine, I just love racing!!

I participated at Foresta Team Time Trial late last year at Foresta. The team consist of 7 riders and the team lap time was measured when the 5th rider cross the finish line.

I’ve recorded the highest heart rate of close to 200 Beat per Minutes (BPM) when crossing the finish line. Never before I reach that heart rate.

Check out the youtube video from the Bali Audax’s organizer above. Can’t wait for the 2011 Bali Audax! I plan to participate for sure! 🙂

It’s been a while since I updated my blog… Well, hope you enjoy the video 🙂

The stats helper monkeys at WordPress.com mulled over how this blog did in 2010, and here’s a high level summary of its overall blog health:

The Louvre Museum has 8.5 million visitors per year. This blog was viewed about 89,000 times in 2010. If it were an exhibit at The Louvre Museum, it would take 4 days for that many people to see it.

The busiest day of the year was April 6th with 654 views. The most popular post that day was [Photography] Indonesia Ninja Road Racing Series.

Where did they come from?

These are the posts and pages that got the most views in 2010.

The finish line at Jimbaran Beach!! I cannot tell you how happy I was looking at the Jimbaran Beach. After 2 days of grueling rides, through torrential rain and scorching Bali’s heat passing the sea side road and the 365m above sea level Abang’s peak finally the “Advance Cycling Challenge” completed.

It was 410 km in 2 days, about 200 km perday, with close to 8 hours perday of riding. I’ve burned more then 11,000 calories, drunk countless bottles of water with powerbars and bananas. When I reached Jimbaran beach I couldn’t feel anything bellow my waist, my legs was hurting like hell, but the sense of joy overcome all… I’ve completed the challenge, and I brought home the BaliAudax medal!!

My first cycling tour! I’m off to paradise island for an event called BaliAudax, an “Advance Cycling Challenge” take place on the island of Bali. We will ride 410Km in 2 days from Kuta to Lovina in day 1 and back again to Kuta in the second day as the map shown above.

I’ve done bike (as not  to confuse with bicycle) tour in Bali back in 2007 (story in this link), with my fellow Ducatisti we rode in Bali during Indonesia independence day holiday. That time we took north path to the Batur Mountain and explore the central part of Bali, this time with bicycle I’ll took Bali’s coastal road in a clock wise direction.

END_OF_DOCUMENT_TOKEN_TO_BE_REPLACED

Check out my new Alpine Star racing suit, the 1 piece Tech 1-R. Its black and what I am so proud of is its size. The size of 50 (EUR). See, just before I started cycling there was no way I can fit in to any ready-made 1 piece racing suit. My previous size was 54 yet the arm and leg section were just too long it was ridiculous to wear. That time I had to make custom racing suit, which was bit larger on the waist hehehe. This post about that racing suit.

My old racing suit also bit old. I made it in 2008 so close to 3 years already. It has protected me from several crash and it is a well made racing suit. Its local so not as expensive as international brand and I can make custom color, tag, etc on it. But to “celebrate” my weight loss I think a branded racing suite is in order, a gift after shedding 11 kg off my weight. 🙂

More picture and story after the link..

END_OF_DOCUMENT_TOKEN_TO_BE_REPLACED

I kept my head down and from the corner of my eye I could see two shadows in the tarmac, close and trailing my rear wheel. I kept pushing pass the right hand first Turn 1. The wind  was strong and together with my labour breath were the only thing that I could hear. Still leading pass Turn 2. Both turns are descending so the speed was quick.  Behind me the two shadows were still close. Finally I couldn’t push anymore, the Garmin GPS and heart rate monitor went nuts, my heart rate (HR) was hitting 183 a bit above my Max HR of 180. Fortunately the two shadows behind me were also getting slower so they did not pass me. When I check the top speed from the Garmin unit it was 50.1 Kph.

That story above was not from the last Kejurnas Race, but from cycling around Sentul Circuit. My friends and I from our local race club are now start doing cycling seriously. So before hitting the track with a Superbike (with engine) we did 3 to 4 laps of warm up with a road bike (no engine). We also did cycling only workout on road or off-road at other location, like Foresta BSD, or  to Telaga Warna puncak for off-road and MTB-ing.

As for me I finally getting my self a road bike. A fast road bike. Trek Madone 6. With SRAM Red gear set and Zipp 404 tubular wheel set. Its 6.4 kg. So it’s not comply with UCI weight regulation (which is 15 lbs or 6.8 kg), but heck I’m not participating on any UCI sanction race for the forseeable future so for me the lighter the better 🙂

More pictures after the jump…